The Devil is alive in Salem!

A small group of teen girls caught in an innocent making of love potions to catch young men begin to tell lies, saying Satan had invaded them and compelled them to participate in the rites. They are pressured to name those involved and a self-perpetuating cycle of distrust, accusation, arrest, and conviction results.Inspired by the McCarthy hearings of the 1950s, The Crucible focuses on the inconsistencies of the Salem witch trials and the extreme behaviour that can result from dark desires and hidden agendas. 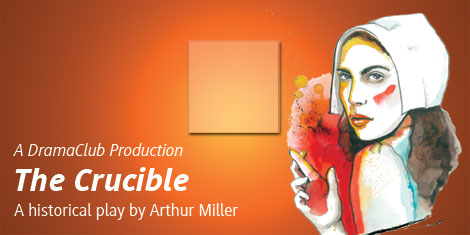