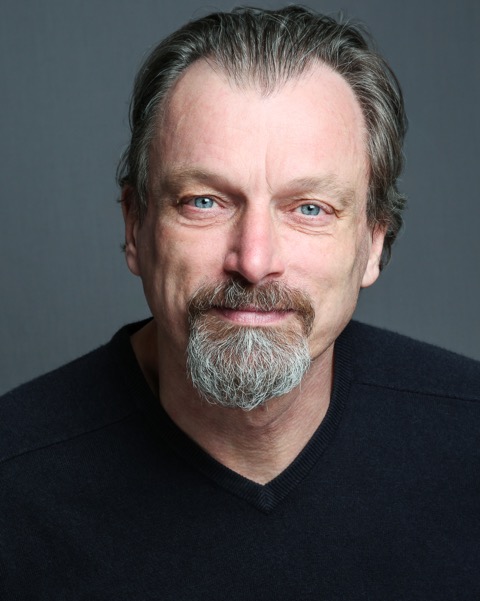 Philip has been a professional actor for over thirty five years now, covering theatre, musical theatre, television and film. He co-founded The English Speaking Theatre in Florence where he was teaching English after studying French and German at university.

Among his many theatre credits he has played Cavaradossi in Tosca, She Stoops to Conquer (seasons at Liverpool Everyman); Mother Courage, The Vortex (Glasgow Citizens and West End); Shared Experience’s Jane Eyre (West End, world and UK tour); Dr.Korczak’s Example (Manchester Royal Exchange – nominated for Best Actor); Private Lives (LIbrary Theatre); The Man Who Had All The Luck (Sheffield Crucible); Deep Blue Sea, French Without Tears (Watford Palace) and A Doll’s House and Colder Than Here (a season at  Keswick Theatre). He has also appeared in numerous musicals including Sweeney Todd (Derby Playhouse); Scrooge in Scrooge! (Pitlochry); Candide in Candide (Liverpool Everyman); Lend Me a Tenor (York Theatre Royal); State Fair (Finborough and Trafalgar Studios); Parade (Southwark Playhouse) and last but not least Captain Smith in Titanic – The Musical which started out at Southwark Playhouse and has since played Toronto, Charing Cross Theatre, a UK tour and Hamburg. The show will be coming to Munich, Mannheim and Cologne this coming August.

Philip’’s TV and feature film work includes Johann the Cannibal in The IT Crowd, Band of Brothers, Dr Who – Let’s Kill Hitler, D-Day, Harry Potter and The Goblet of Fire,  Company of Heroes, 102 Boulevard Haussmann and Devil’s Arithmetic. 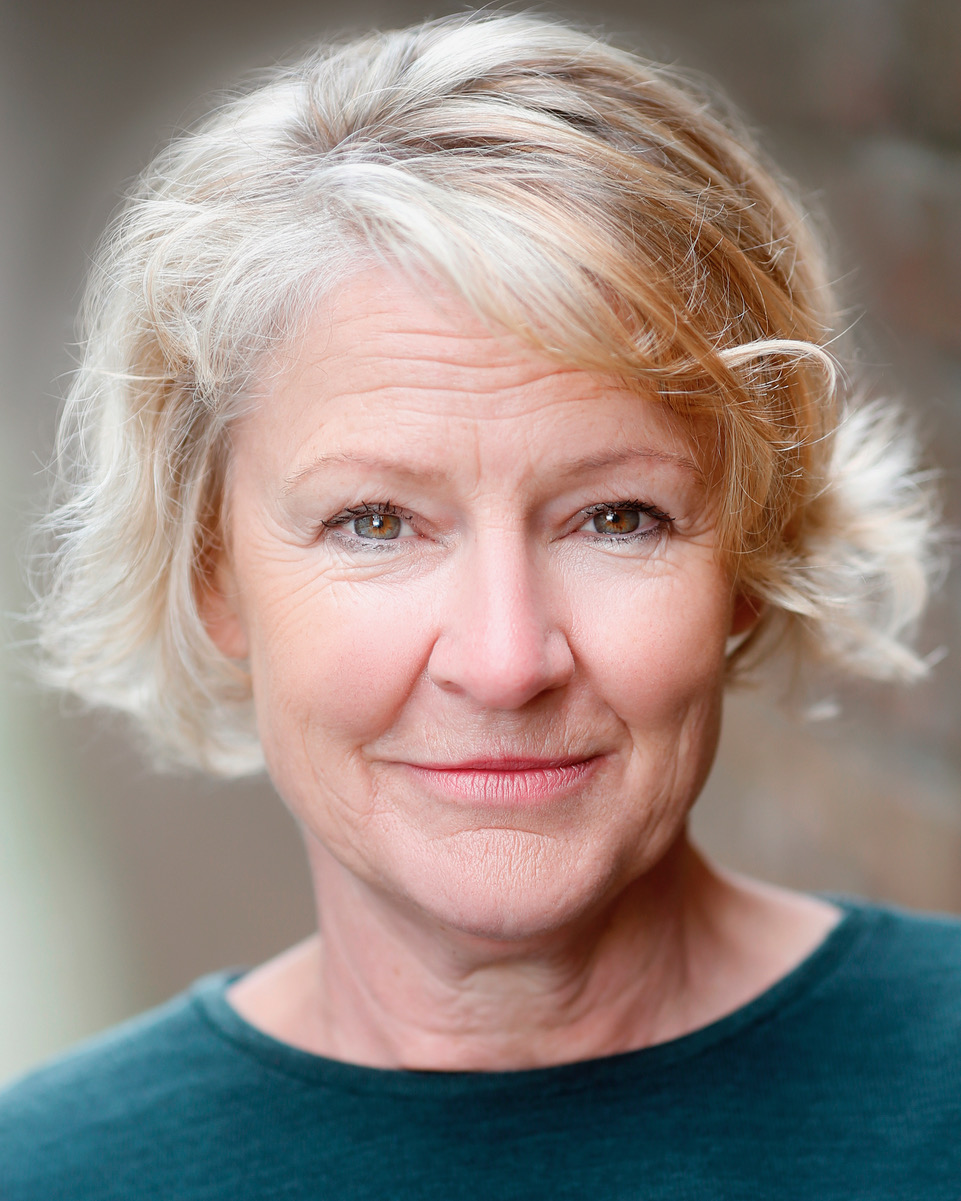 Annie has toured nationally as Mrs Bedwin in Oliver!,  Lalla in Double Death, Mrs Waterman in Spend, Spend, Spend and Joan Durbey Field in Tess of the d’Ubervilles. European tours include Sybil in An Inspector Calls and Maria in Twelfth Night. 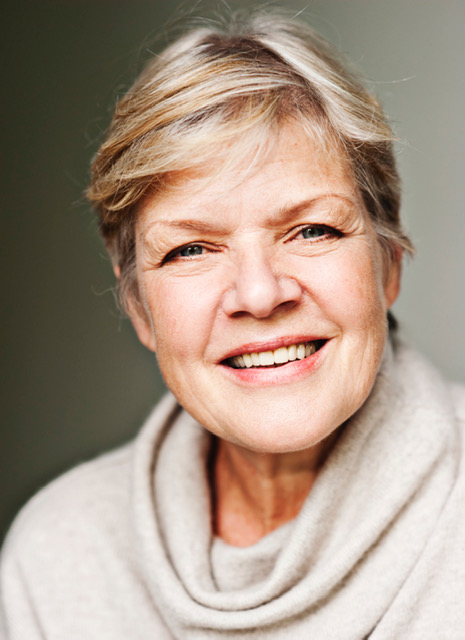 Radio credits include: Women of an Uncertain Age and The Outside Child for the BBC. 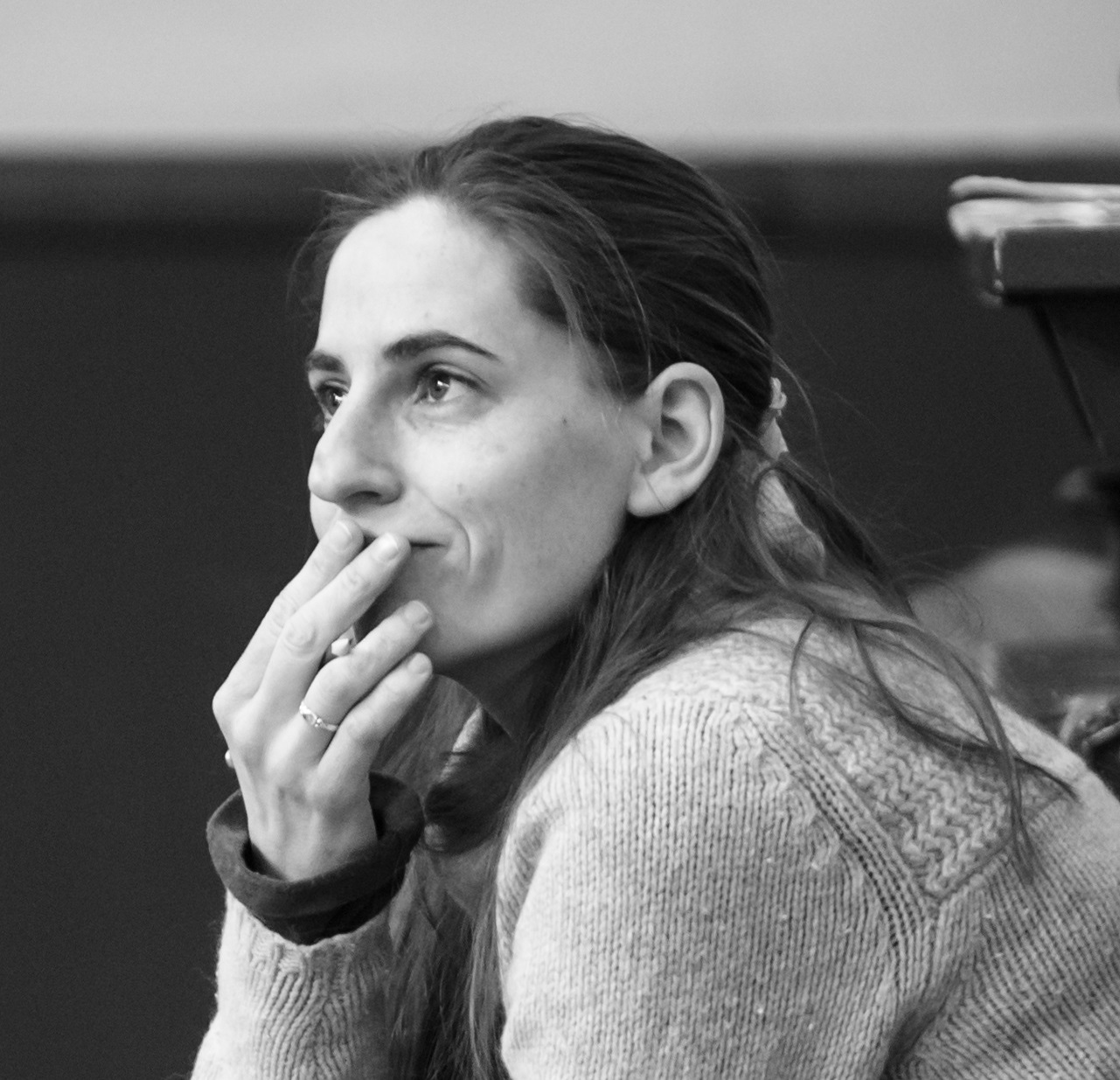 Psyche work has taken her to Rome, Australia, Europe and throughout the UK, enabling her to work in Regional Theatre, West End as well as on National and International Tours. In 2006 she won the Channel 4 Regional Directors Award (now the, Regional Theatre Young Director Award) enabling her to work as Director in Residence, mentored by Erica Whyman at Northern Stage alongside a wealth of international visiting artists including Robert Lepage and his company Ex-Machina, who spent six weeks in residence with Northern stage developing Lypsynch. Psyche continued with Northern Stage as Associate Director for their UK tour of Our Friends in the North. Training includes the National Theatre Studio.

As Associate Director, she has worked with award winning directors including; Sir Richard Eyre, Anna Mackmin and Rachel Kavanaugh. Psyche regularly supports the work of emerging artists in her capacity as a selector for NSDF www.nsdf.org.uk and as Connections Director for the National Theatre. She is also a regular guest Director for the Royal Academy of Dramatic Art and is currently on the audition panel for RADA.

Previous productions for RADA include: Suddenly Last Summer, Something Unspoken, Kindertransport, The Five Wives of Maurice Pinder, Women of Twilight. 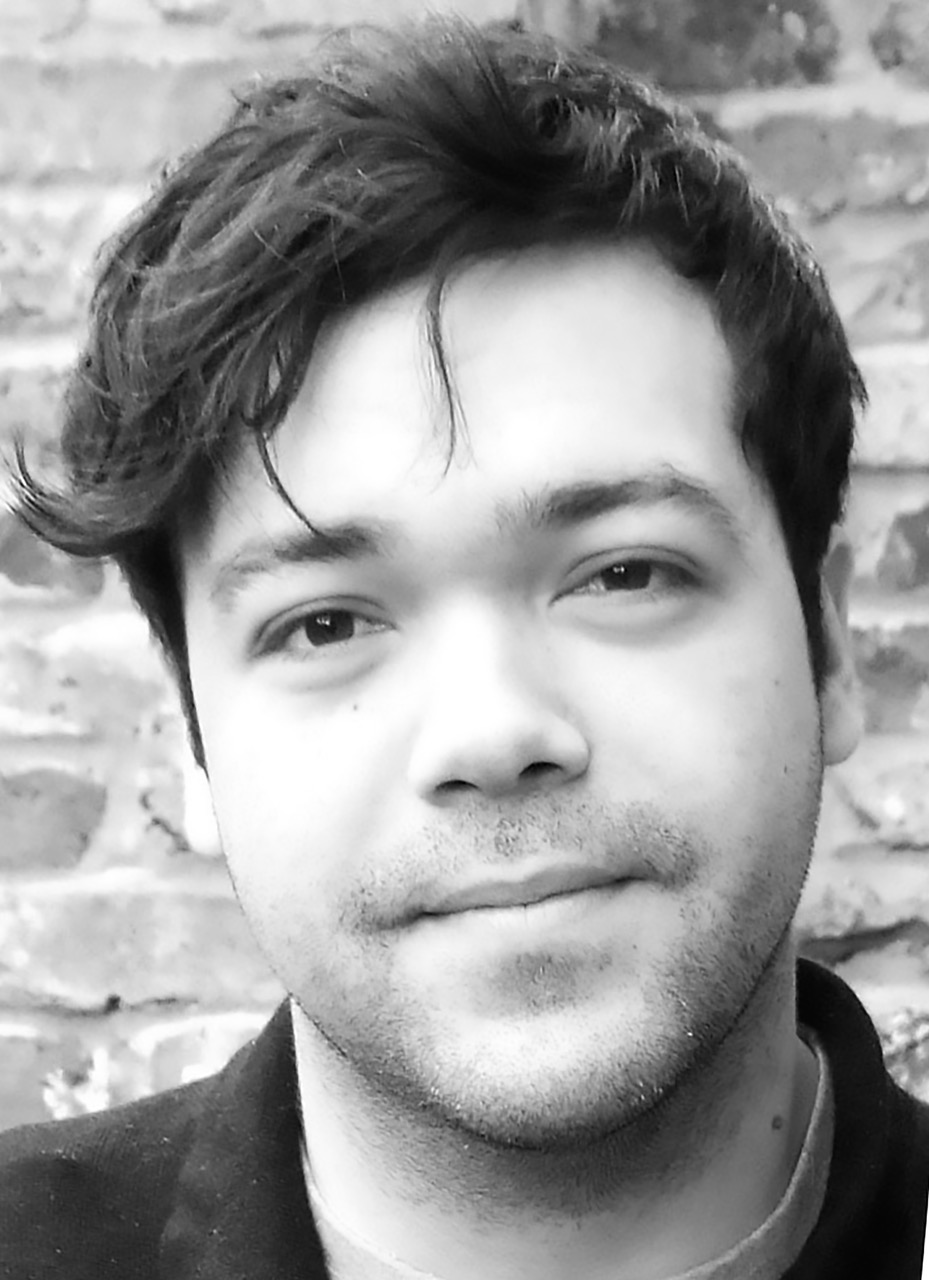 Simon is a set and costume designer working in theatre, opera, musical theatre and live performance, across the UK and internationally. He has been selected to represent the UK at the 2019 Prague Quadrennial of Performance Design.

Previously for The English Theatre Frankfurt: Cabaret, The Picture of Dorian Gray, Venus in Fur, The Collector, Saturday Night Fever. 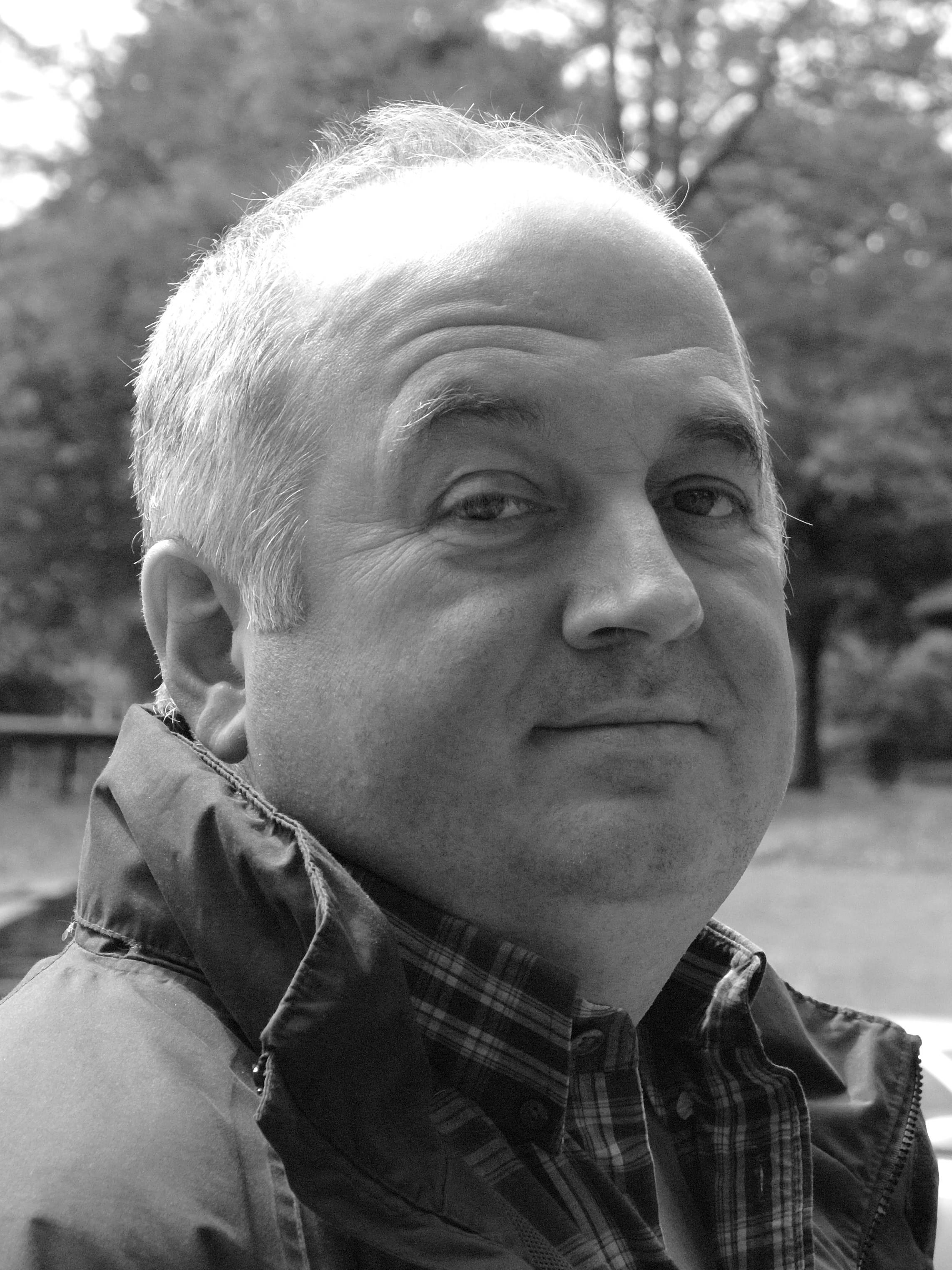 Richard has previously lit Cabaret, Jekyll & Hyde, Other Desert Cities, The Collector, Venus in Fur, Good People and Breaking the Code for The English Theatre Frankfurt. Richard lit the actor musician Broadway Production of Sweeney Todd at the Eugene O’Neill Theater, for which he was nominated for an Outer Circle Critics Award and won a Drama Desk Award for Outstanding Lighting Design. He was nominated for a TMA Theatre Award for best lighting design for The Railway Children staged at the National Railway Museum York and a DORA for the Toronto production.

Richard’s West End work includes productions of Only Fools and Horses − the Musical, Sunset Boulevard, Sweeney Todd, The Gondoliers, Mack and Mabel, Carmen,  When Pigs Fly, Steptoe and Son, Horrid Henry Live and Horrid, Female Parts, Behud, The Complete World of Sport (abridged), The Complete Works of Shakespeare (abridged) {revised}, as well as The Railway Children at the Kings Cross Theatre. UK National tours include The League of Gentlemen − Live Again, Early Doors,  Supervet − Welcome to my World,  Sister Act, Calamity Jane, Son of a Preacher Man,  Fiddler on the Roof, Strictly Confidential, Beautiful Thing, Wuthering Heights, Rasputin, Candide, The Hot Mikado, Canterbury Tales, Spongebob Squarepants the Sponge that could Fly, Accidental Death of an Anarchist, To Kill a Mockingbird and The Diary of Anne Frank. 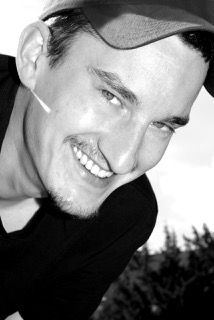 Hendrik Dingler is a Frankfurt am Main based composer, sound designer, EDM DJ & live performer known as Hendrik Klangrausch and audio engineer. Since 2015 and after finishing his studies in Electronic Composition at the Folkwang UdK in Essen, he works full-time at The English Theatre Frankfurt. Pieces of him were played at the Lange Nacht der Museen (Darmstadt), the Galerie Lausberg (Toronto, Canada) and at the Music Festivals Limburg on/off, Next Generation (ZKM, Karlsruhe), Linux Audio Conference (Maynooth, Ireland) and the Musicacoustica−Bejing (China). 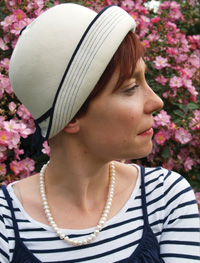 Melanie`s first experience as a costume designer was for the Chaincourt Theatre Company at the Johann Wolfgang Goethe-Universität in Frankfurt am Main. In 2006 she worked as a costume assistant for the choreographer/director Wanda Golonka on Crave by Sarah Kane. During the same year she was part of the creative team of the Sebastian Hartmann production Being Lawinky. She did costume design for The Threepenny Opera, The Crucible and Master Class. Her work for ETF as assistant costume designer includes The Who`s Tommy, Rain Man, Breaking the Code, Sweet Charity, Good People, The Ruling Class, Saturday Night Fever, Venus in Fur, The Collector, Other Desert Cities, Death and the Maiden, The Glass Menagerie, The Life, Disgraced, The Picture of Dorian Gray, Spamalot, Handbagged, The Hound of the Baskervilles, Pygmalion, Jekyll & Hyde, Hand to God, The Lion in Winter, Cabaret and Apologia.