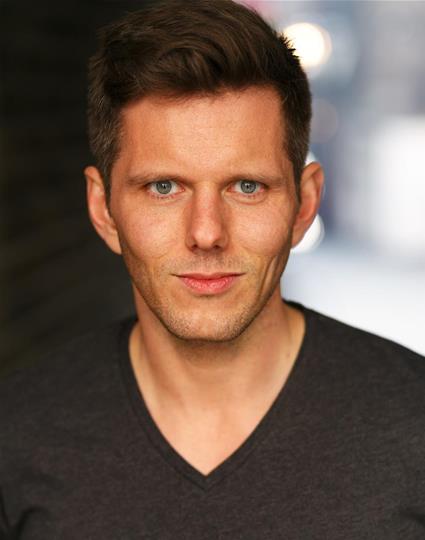 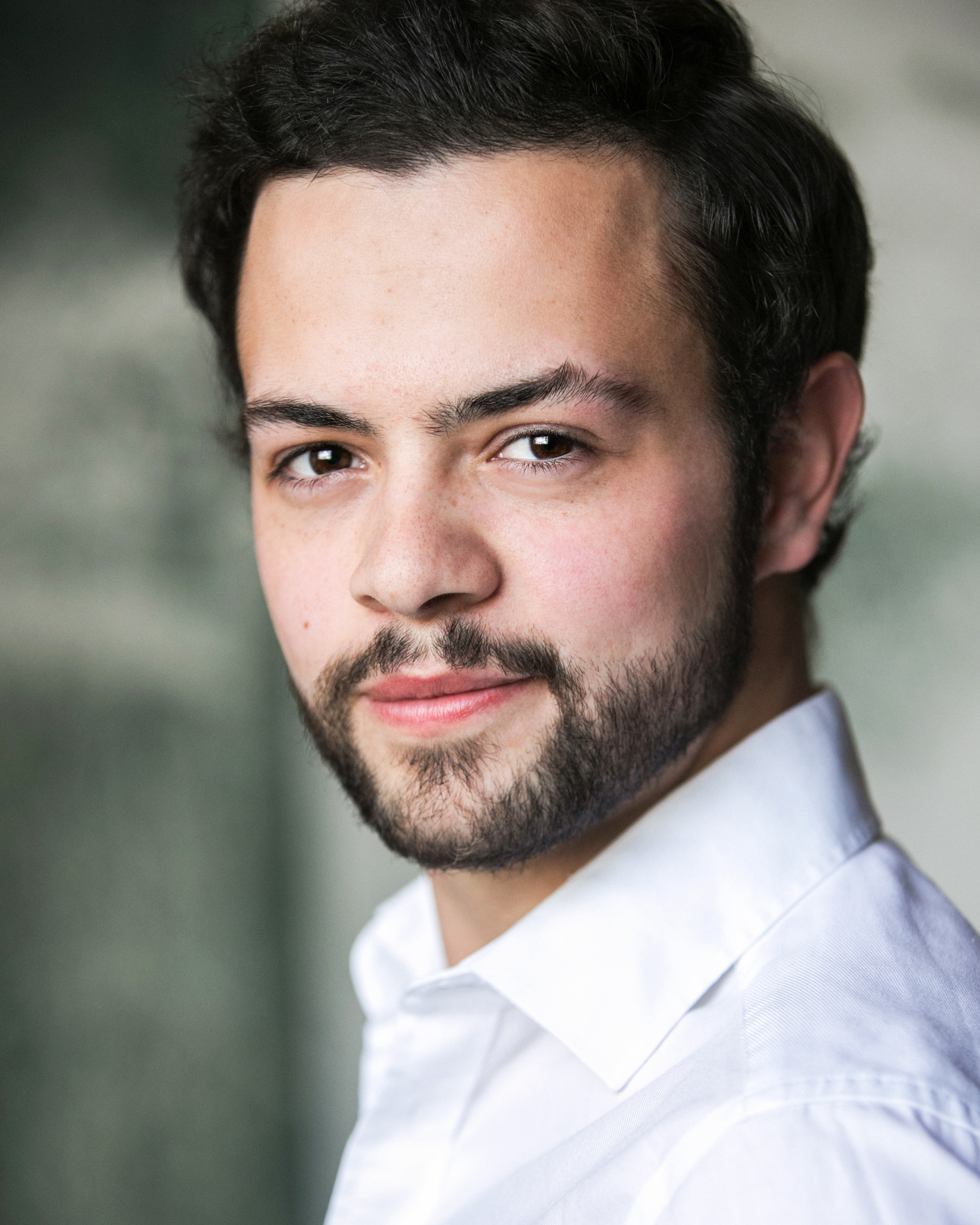 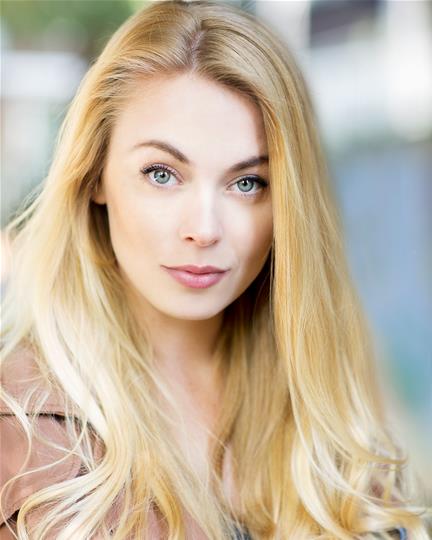 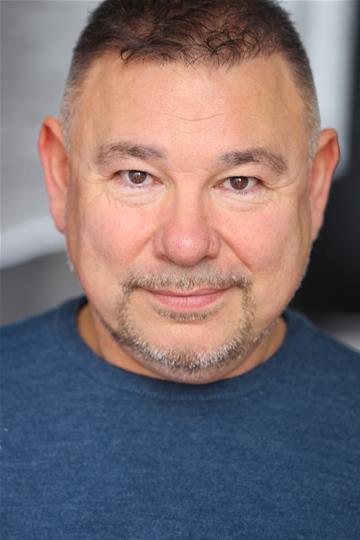 Mario Frendo (The Bishop of Basingstoke)

Mario trained at the Arts Educational School in London. He is no stranger to musicals having appeared in numerous in the West End, UK Tours and regional productions including playing Napthali in Joseph and the Amazing Technicolor Dreamcoat (London Palladium);  Frankie Diamante in The Fix (Donmar Warehouse); Harry & Kaparthy in My Fair Lady (National Theatre/Theatre Royal Drury Lane); Audrey 2 in Little Shop of Horrors (UK Tour) and many, many others. He has also recorded with such artists as The Pet Shop Boys, Eurythmics, Toni Braxton and the late, great Whitney Houston. Mario also performs regularly on the cabaret circuit and recently performed in A Night at the Musicals (The Pheasantry, Chelsea London). 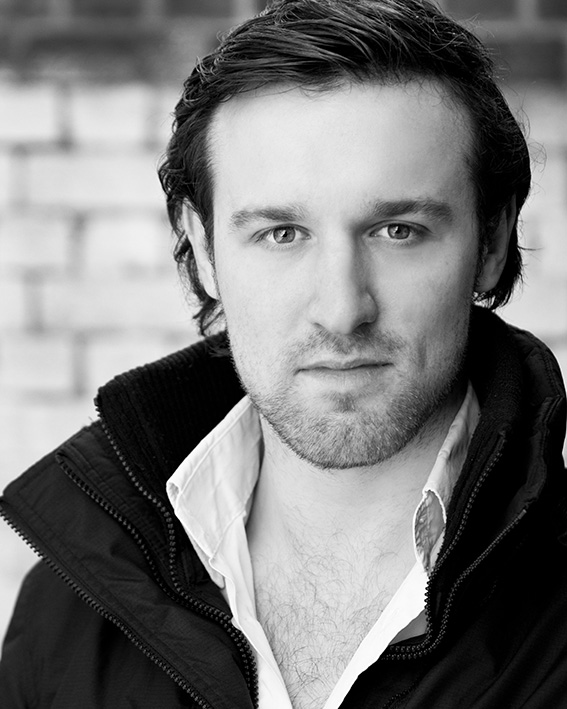 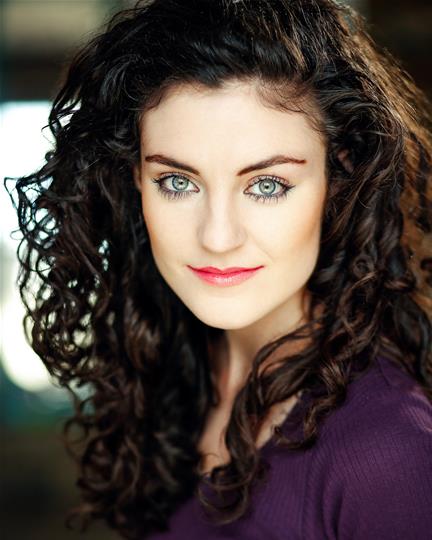 TV and Film credits include: The Paul O Grady Show, The One Show, Deliver Us From Evil (BBC, Lawrence Gough) and Agnes Browne (Angelica Houston). 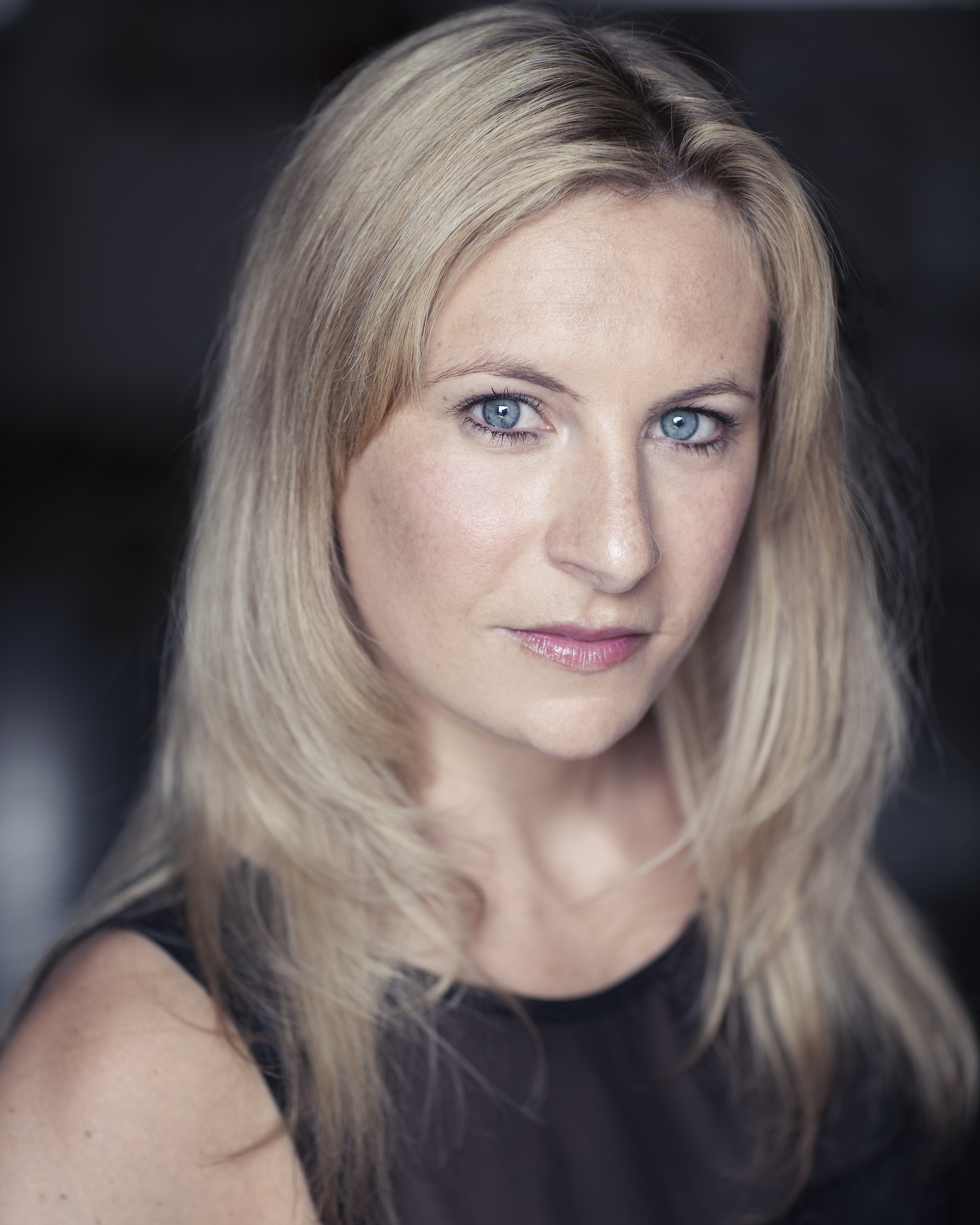 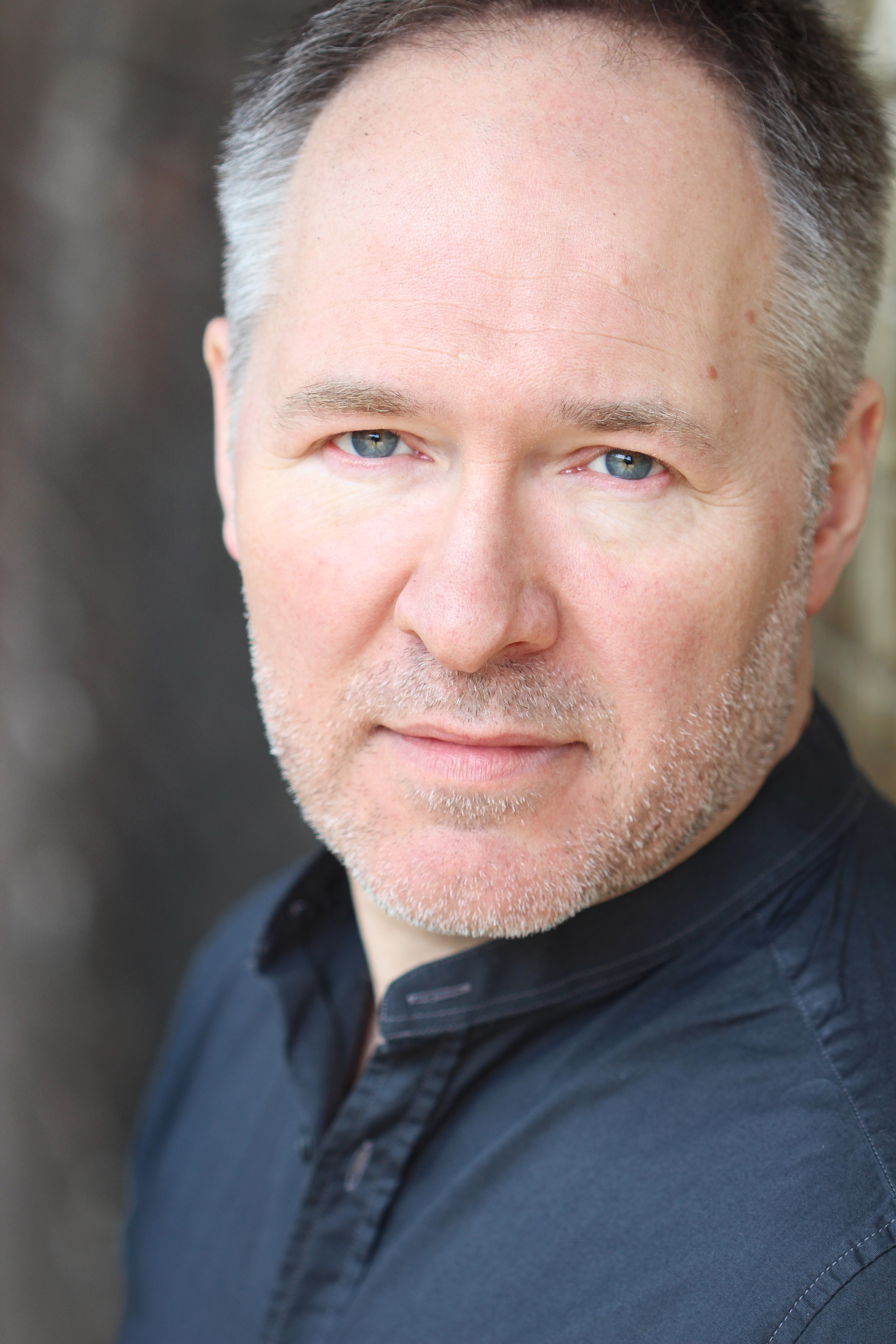 After over a decade as a university lecturer in English literature, Hugh graduated from Bristol Old Vic Theatre School in 2004. He has worked extensively in London’s West End, and on tour. His acting credits include: Fracked!  (Jonathan Church Productions, tour); Legally Blonde (Gatehouse Theatre); The Sound of Music (International tour); The Mikado (Charing Cross Theatre); The Importance of Being Earnest (Harold Pinter Theatre and tour); Blithe Spirit (Gielgud Theatre); To Sir With Love (Tour); My Fair Lady (Kilworth House Theatre); The King and I (Royal Albert Hall); Noises Off (ATG, tour); The Sound of Music (Tour); The Lady in the Van (Gala Theatre, Durham); The Last Cigarette (Chichester Festival Theatre, Trafalgar Studios); Afterlife (Royal National Theatre); Footloose (Playhouse Theatre and tour); Donkeys’ Years (Comedy Theatre); And Then There Were None (Gielgud Theatre); The Lady in the Van (Theatre Royal Bath, tour).

Hugh’s first play, Diary of a Nobody, premiered at the Royal & Derngate Theatre, Northampton, in 2011, to rave reviews in the national press. The script has been published by Nick Hern Books; and a new production, by Theatre Royal Bath, is planned for 2018. His stage adaptation of the hit My Little Pony spin-off movie, Equestria Girls: Rainbow Rocks, toured the Far East in 2016. 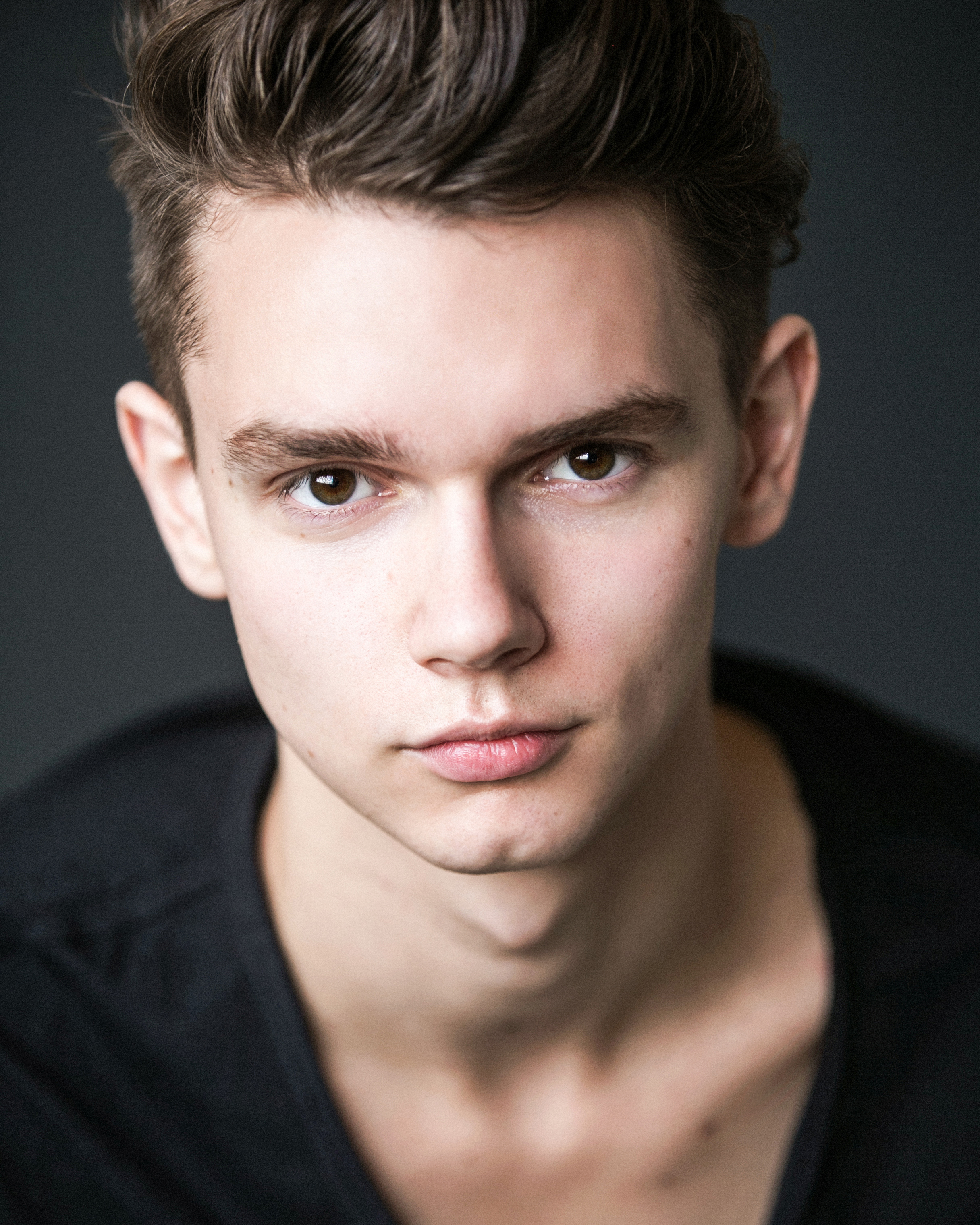 Ed graduated in 2016 from Rose Bruford College in actor musicianship. Credits include Ensemble in The Emperor & The Nightingale (Theatre by the Lake); Soloist/Tenor I in Friends Summer Concert (Sam Wanamaker Playhouse); Reed I in La Voix’s One Night Only (North End Pier Theatre, Blackpool); Tenor I in Our Lady J: Gospell for the Godless (Soho Theatre) and Friedrich in The Sound of Music (London Palladium). 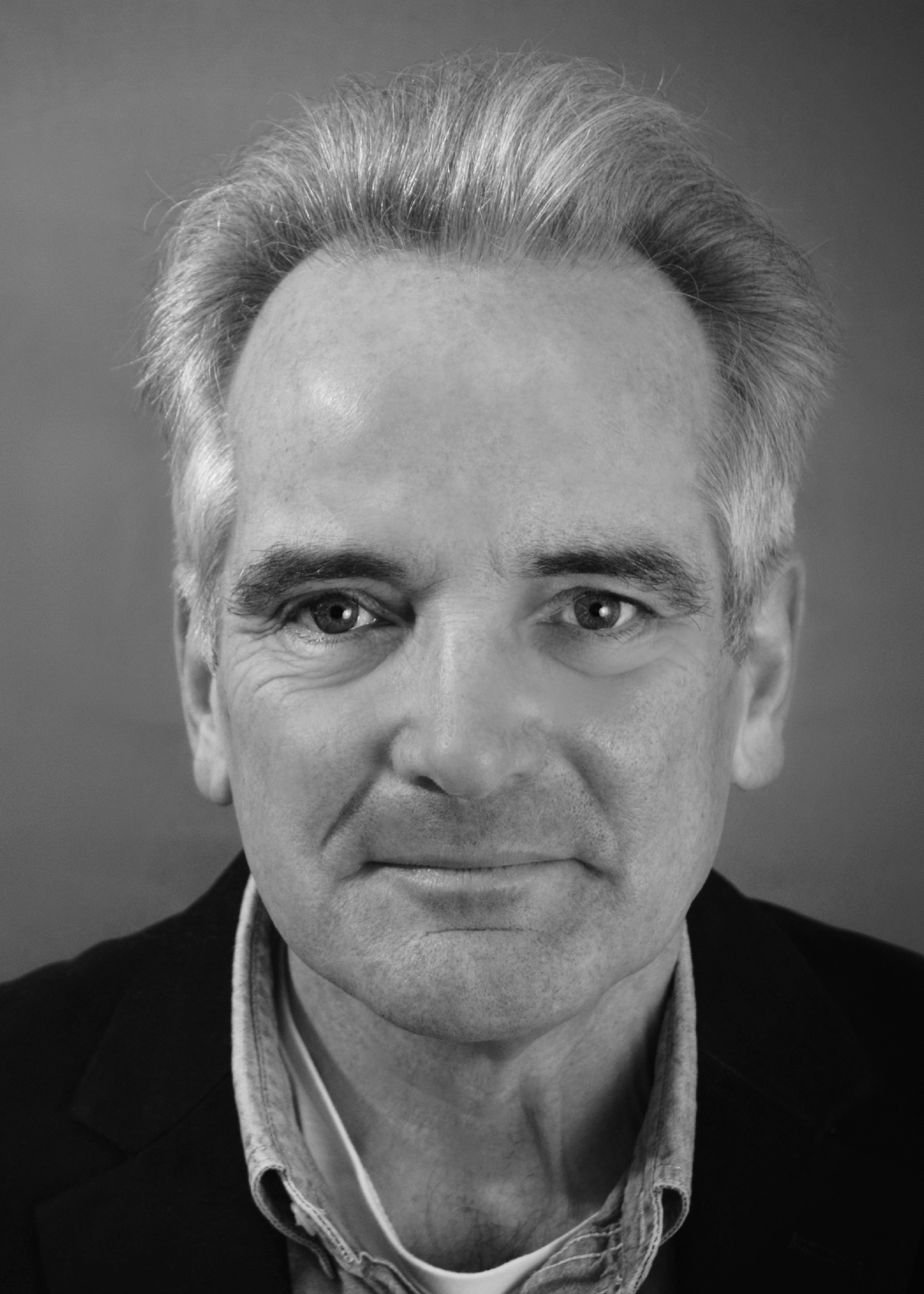 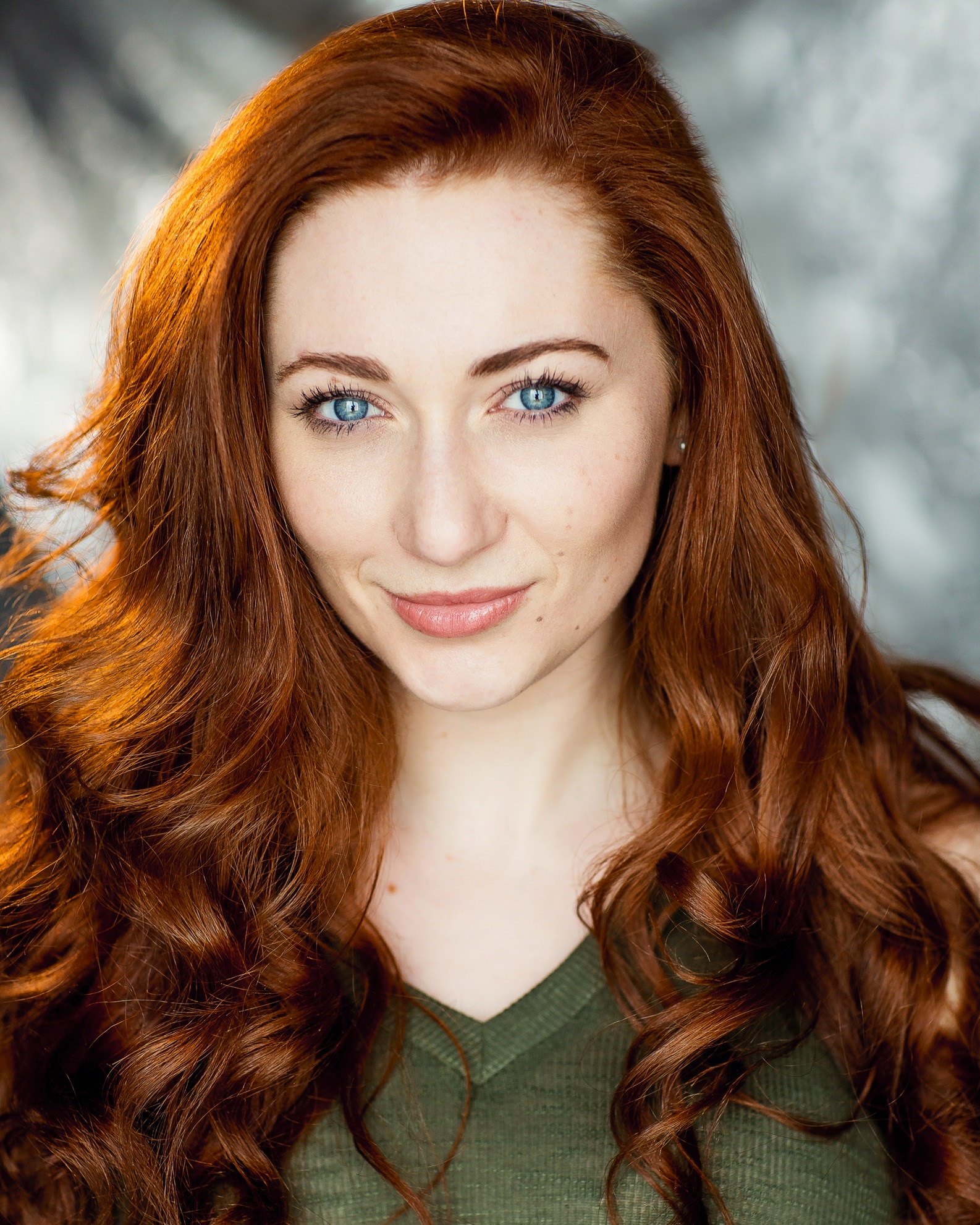 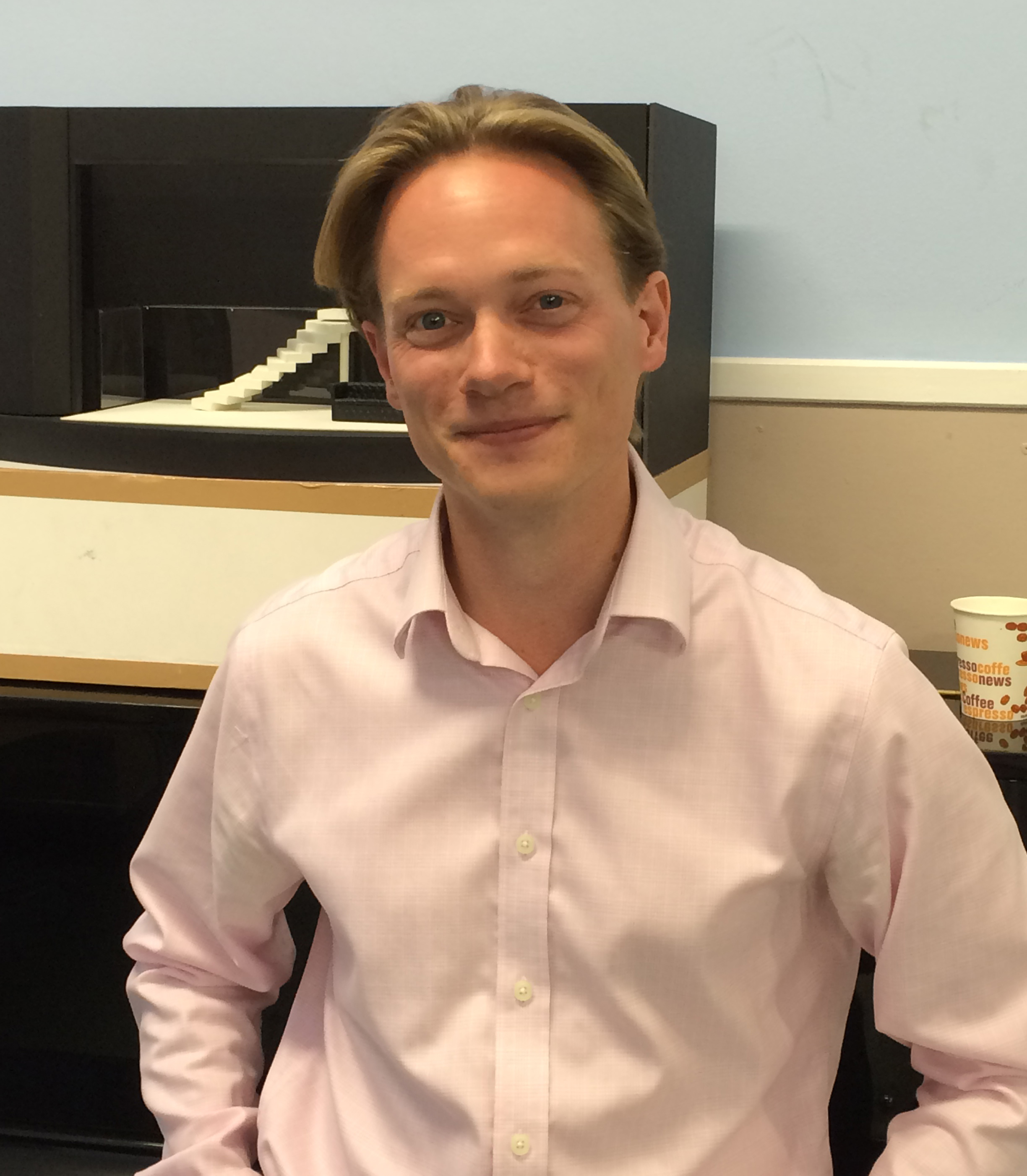 Tom is Artistic Director of Jermyn Street Theatre. Previously at The English Theatre Frankfurt he directed Strangers on a Train, Other Desert Cities, The Glass Menagerie, and The Picture of Dorian Gray. His directing work includes Good Grief (UK Tour and Theatre Royal Bath); the world premiere of Dances of Death (Gate Theatre); Miss Julie (Theatre by the Lake and Jermyn Street Theatre); Absurd Person Singular (Mill at Sonning); Dear Liar (Vienna); As You Like It (Creation Theatre); Much Ado About Nothing, Twelfth Night and As You Like It (Guildford Shakespeare Company); Romeo and Juliet and Measure for Measure (Cambridge Arts Theatre); Saturday Night (West End transfer from Jermyn Street Theatre); Tom Foolery (UK tour); the world premiere of Shiverman and European premiere of Madagascar (Theatre503); the world premiere of The Blinding Light, First Episode, The Living Room, Anyone Can Whistle, Bloody Poetry (Jermyn Street Theatre); A Little Night Music (Budapest / Menier Chocolate Factory); Absurd Person Singular (UK tour); Murder in the Cathedral (Oxford Playhouse / Christ Church Cathedral); Antigone (Southwark Playhouse); Origin of the Species (Arcola); Merit, Martine, Jingo, The Confidential Clerk, The Mollusc, The Boatswain’s Mate (Finborough); Forgotten Classics (King’s Head); Sleuth, One for the Road, Mr and Mrs Nobody, Billy Bishop Goes to War, The Twelve-Pound Look (Frinton); and many workshops and rehearsed readings.

Tom studied English at Oxford University, Classics as a postgraduate with the Open University, and English as a postgraduate at Cambridge University, where he now teaches and researches. He was Artistic Director of Primavera from 2006–2016, Associate Director of Theatre503 from 2012—2016, and Associate Director of the Peter Hall Company from 2007—2009. Also as an associate director, he worked on four productions with Trevor Nunn. He worked widely in the West End and regionally as an assistant director. His work has received numerous OffWestEnd and Critics‘ Choice Awards, and he has been nominated as Best Director in the OffWestEnd Awards four times. 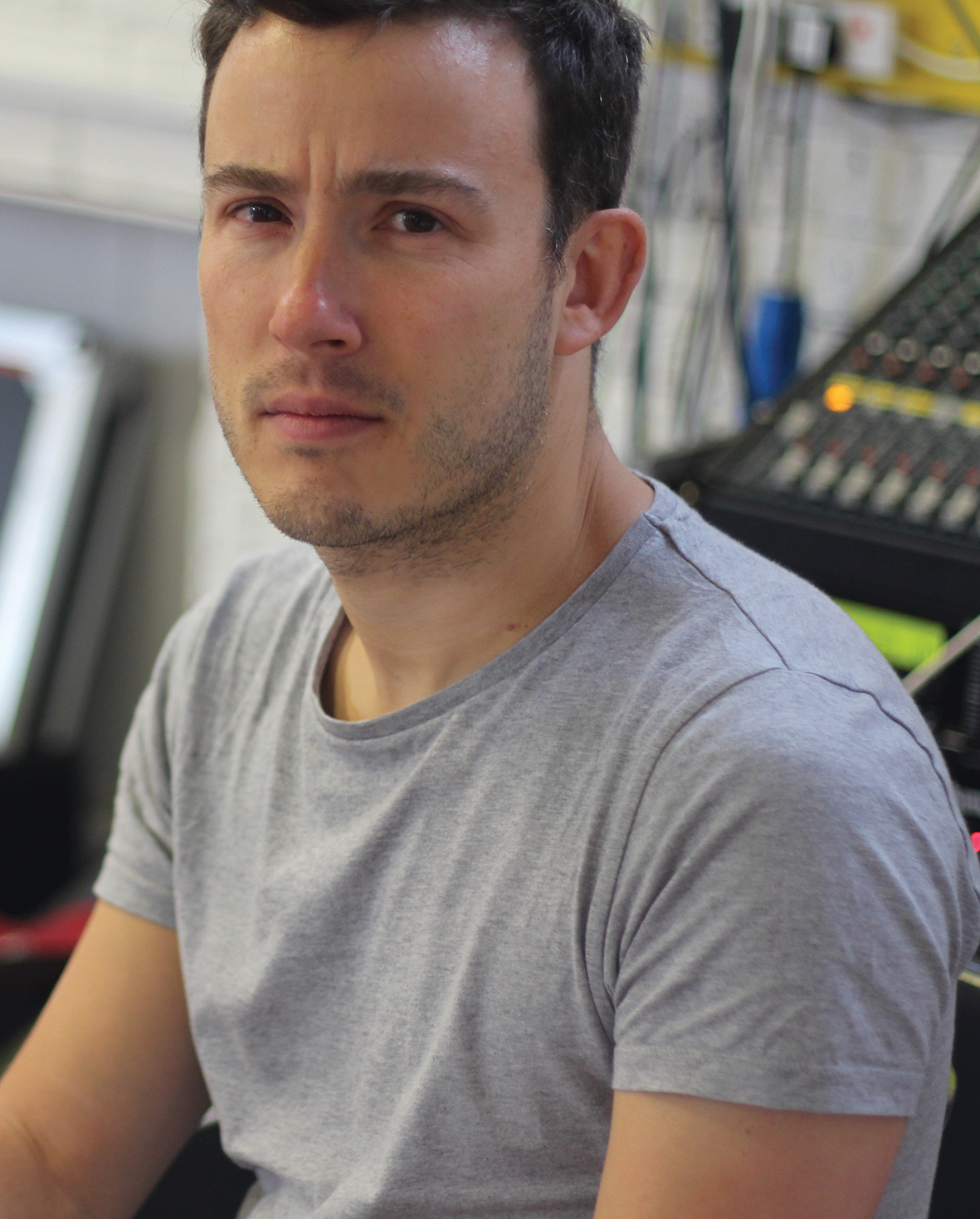 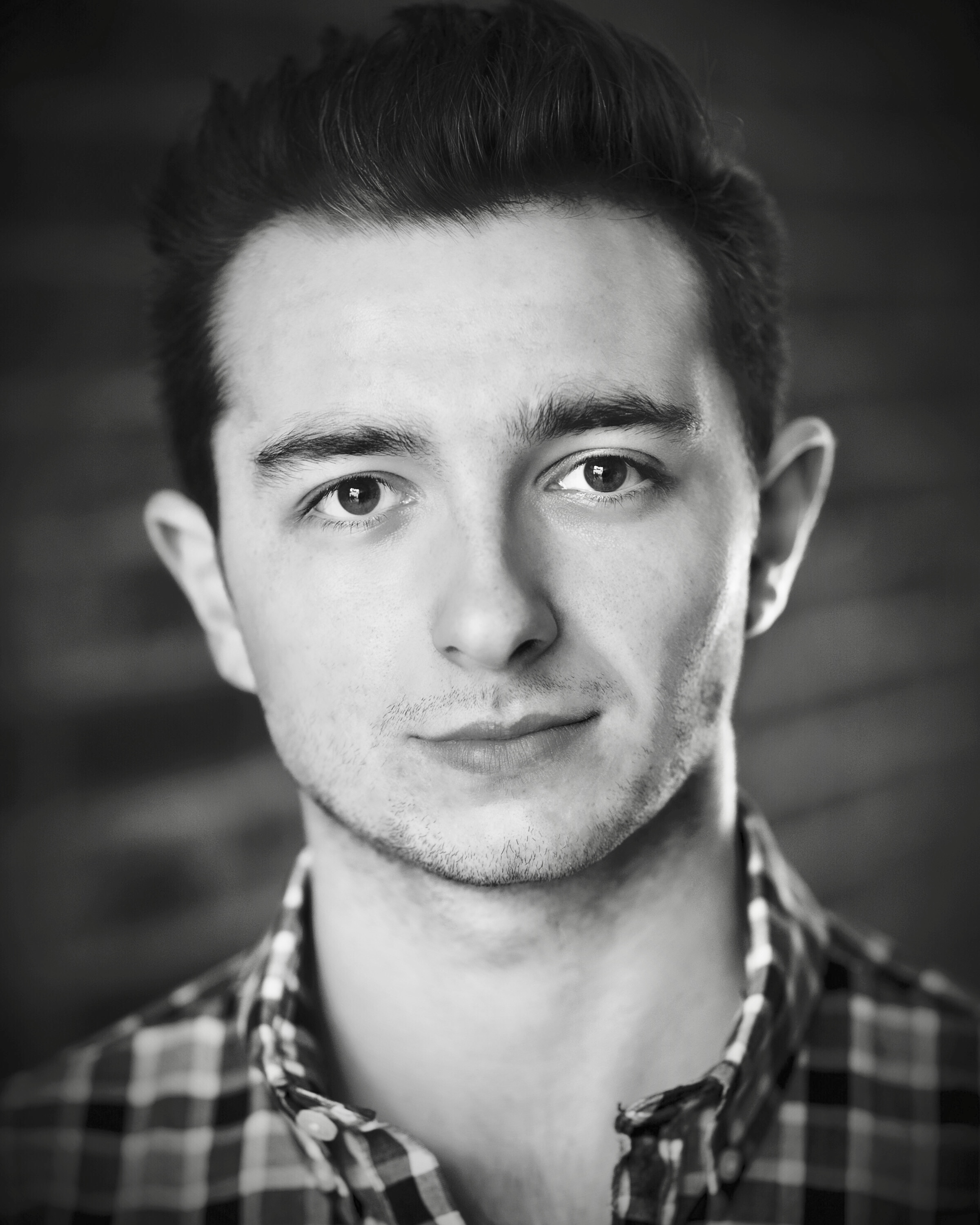 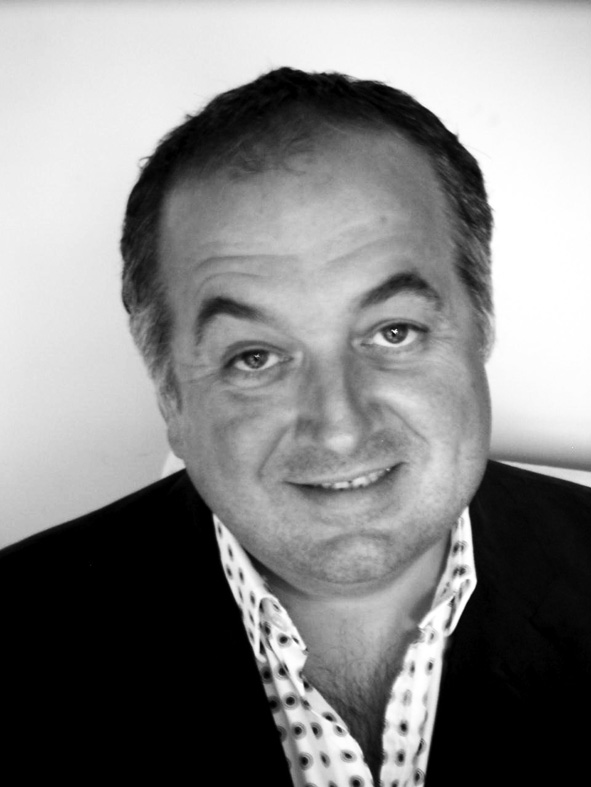 Richard previously lit Other Desert Cities, The Collector, Venus in Fur, Good People and Breaking the Code for The English Theatre Frankfurt. Richard lit the actor musician Broadway Production of Sweeney Todd at the Eugene O’Neill Theater, for which he was nominated for an Outer Circle Critics Award and won a Drama Desk Award for Outstanding Lighting Design. He was nominated for a TMA Theatre Award for best lighting design for The Railway Children staged at the National Railway Museum York and a DORA for the Toronto production. 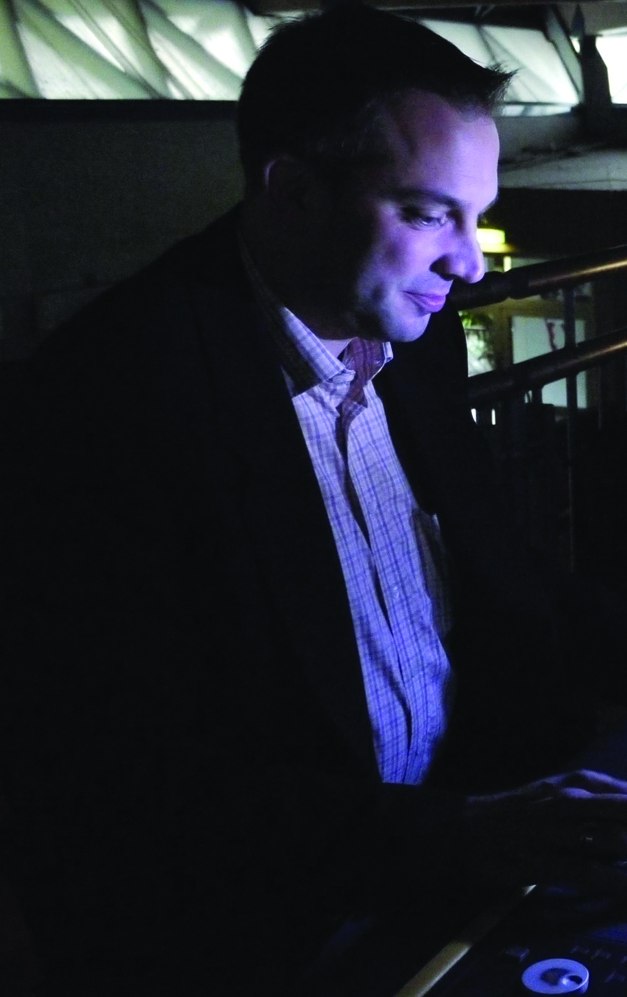 Born in Karlsruhe, Stephan started his theatre career in Ettlingen, where he did the operating and sound design for several musicals at the Schlossfestspiele Ettlingen. He studied audio engineering at the SAE Institute in Munich and since then he has worked as an audio consultant at the Burgfestspiele Bad Vilbel and in Oestrich-Winkel near Wiesbaden. He has created sound designs for musicals in other German theatres and has worked with several large productions, including those with live orchestras. For the last 15 years, Stephan’s company has been responsible for providing the audio for the entertainment programmes of several cruise lines like Hapag-Lloyd and TUI Cruises. Stephan has worked for The English Theatre Frankfurt since 2010. 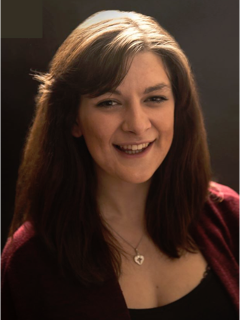 Gabbie is a freelance theatre director and choreographer. She trained as apprentice at Guildford’s Yvonne Arnaud Theatre and with the Young Vic Directors Programme. She is the co-founder of Plain Heroines, whose debut production Madwomen in the Attic was shortlisted for the Drayton Arms Eddies Award 2016. Credits as director: The Acid Test (The Cockpit, London); Madwomen in the Attic (Edinburgh Fringe Festival); Three Days’ Time (ADC Theatre & Edinburgh Fringe); Twelfth Night (The Courtyard Theatre & European Tour); Rent (ADC Theatre, Cambridge) as well as rehearsed readings for Women at RADA. Credits as associate director: The Wizard of Oz (Yvonne Arnaud Theatre)and The Taming of the Shrew (US Tour. Credits ss assistant director: Miss Julie (Theatre by the Lake & Jermyn St Theatre); Much Ado About Nothing (Guildford Shakespeare Company); Wind in the Willows (Pleasance Edinburgh); His Dark Materials, Charlotte’s Web and Lord of the Flies (Yvonne Arnaud Theatre). 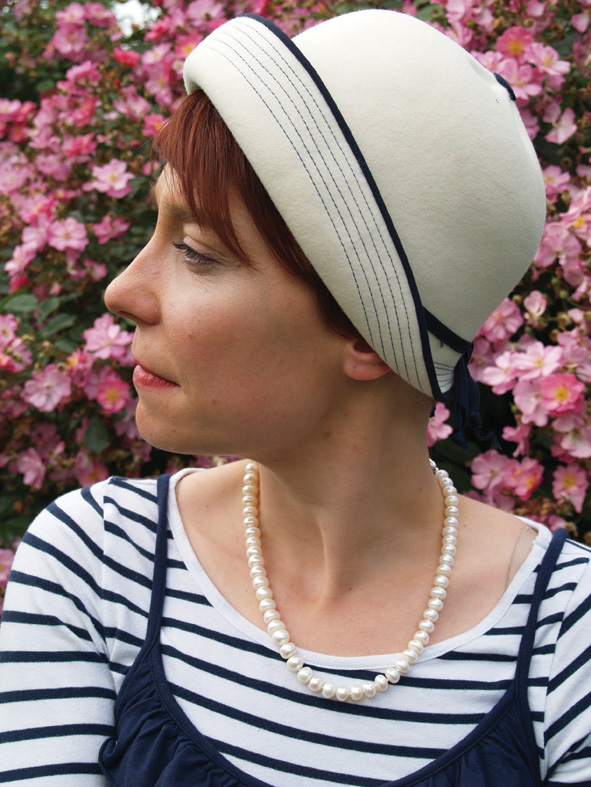 Melanie`s first experience as a costume designer was for the Chaincourt Theatre Company at the Johann Wolfgang Goethe-Universität in Frankfurt am Main. In 2006 she worked as a costume assistant for the choreographer/director Wanda Golonka on Crave by Sarah Kane. During the same year she was part of the creative team of the Sebastian Hartmann production Being Lawinky. She did costume design for The Threepenny Opera, The Crucible and Master Class. Her work as assistant costume designer includes The Who`s Tommy, Rain Man, Breaking the Code, Sweet Charity, Good People, The Ruling Class, Saturday Night Fever, Venus in Fur, The Collector, Other Desert Cities, Death and the Maiden, The Glass Meangerie, The Life, Disgraced, The Picture of Dorian Gray, Spamalot, Handbagged,The Hound of the Baskervilles and Pygmalion all for The English Theatre Frankfurt. 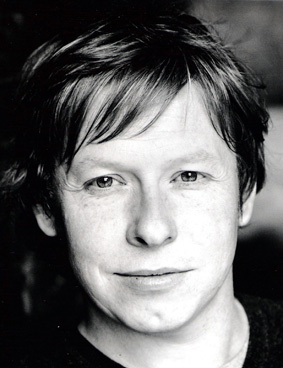 Marc originally trained as an actor at Drama Centre London before moving into casting. Previous shows for The English Theatre Frankfurt include: Pygmalion,

The Hound of the Baskervilles, Handbagged, Spamalot, The Picture of Dorian Gray, The Glass Menagerie, Disgraced, Death and the Maiden, Other Desert Cities, Ghost, The Musical, Strangers on a Train.